Mrs Villec has a Master in Music Education degree with emphasis on General Music and Choral/Vocal. She taught music to K-8 students in both the public and private schools for many years. She has developed programs and methods that successfully teach children to ready and play music well and Founded Music Makers…for Life in 2006. She also continues her professional singing and piano playing career.
Mrs. Villec trained under Dr. Clifford Reims when he was chairman and director of the Voice Department of the Opera Theater at Roosevelt University in Chicago. He is listed in Who’s Who in American Music, International Who’s Who of Musicians and is proud of two former students, the famous sopranos Barbara Daniels and Jeannine Altmeyer.
She was also trained by Dr. Robert Long, one of Chicago’s most influential and respected voice teachers and had in earlier days performed roles in such operas as “Rigoletto,” “Faust” and “Carmen,” and made more than 100 appearances as Azael in Debussy’s “L’Enfant Prodigue.” Mr. Long served in naval intelligence in the Pacific during World War II, and returned from the war to sing in the American premiere of “Peter Grimes,” the Benjamin Britten opera, in 1946. With the former Chicago Opera and other groups, he sang under the direction of Fritz Reiner, Artur Rodzinski and Karl Krueger. He performed in “Peter Grimes” under the direction of Leonard Bernstein. Mrs. Villec was chosen as a 2015 Everyday Hero for her work in education, by the Northwest Herald. 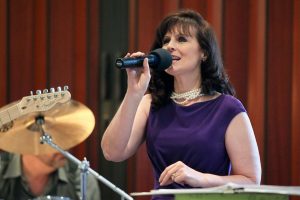 Heidi has over 15 years of private studio teachng experience She received her BS in Instrumental Music Education K-12 from Northwestern College in St. Paul, MN and also received her MM degree in Woodwind Performance (saxophone emphasis) from the University of Idaho-Lionel Hampton School of Music in Moscow, ID. She has a wealth of experience teaching students of all ages and abilities and also and has over 15 years experience in teaching beginning and intermediate piano as well as completeing coursework in piano pedagogy.

Lon has a Master of Music Degree from the Chicago Musical College at Roosevelt University. He spent 32 years at Cary Junior High where he was director of choirs & taught classroom guitar. His post graduate studies at Vandercook College of Music include: “Beginning Guitar”, “Guitar for the Non-Guitarist”, “Guitar Skills & Curriculum”, “Guitar Literature & Pedagogy”. 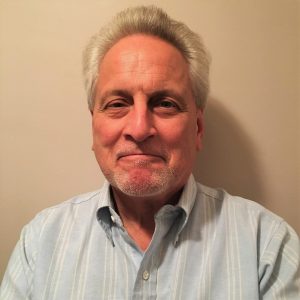 Vanessa Bettcher Lent got her Bachelor’s of Music in Vocal Music Education in May 2005 from Millikin University. She has her Type 10 Teaching Certificate for K-12 Music-Standard Education. She has 25 years of piano and 20 years of violin playing experience, and 13 years of private teaching experience.

Jacob Villec has been a lifelong student of music, taking piano and voice from his mother from an early age and going on to perform in band at school, musical theater, and choir groups. Jacob teaches private voice, group piano, and private piano and specializes in preparing students for performance.

Scott has been with Music Makers since September, 2007. Scott teaches private Drum lessons for any age. He is the percussionist for the nationally known band: The Moon-rays.
Scott has 34 years experience as a professional musician. During that time he has formed and performed with Traffic Jam (Bluesfest headliner) Tropical Espionage, The Atomic Martini’s, and the Moon-Rays. He has produced and recorded four international- selling albums and won the JPF Independent Music Award for Thrill and Chills over 30,000 other albums.
He is an accredited and licenced music Writer, Producer and Publisher with ASCAP. He has had four songs featured in motion pictures and is credited on the IMDB. 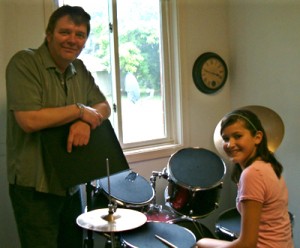